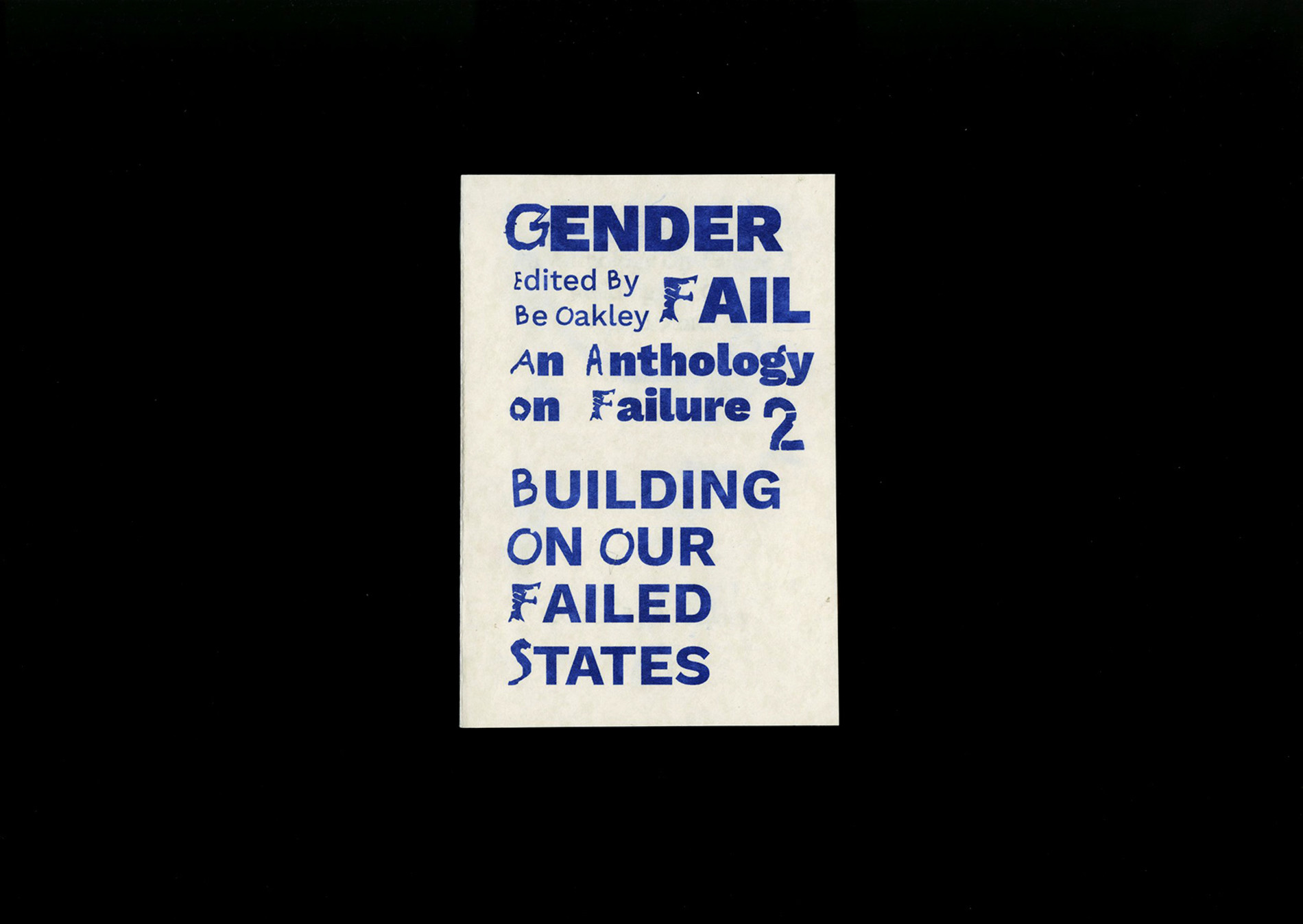 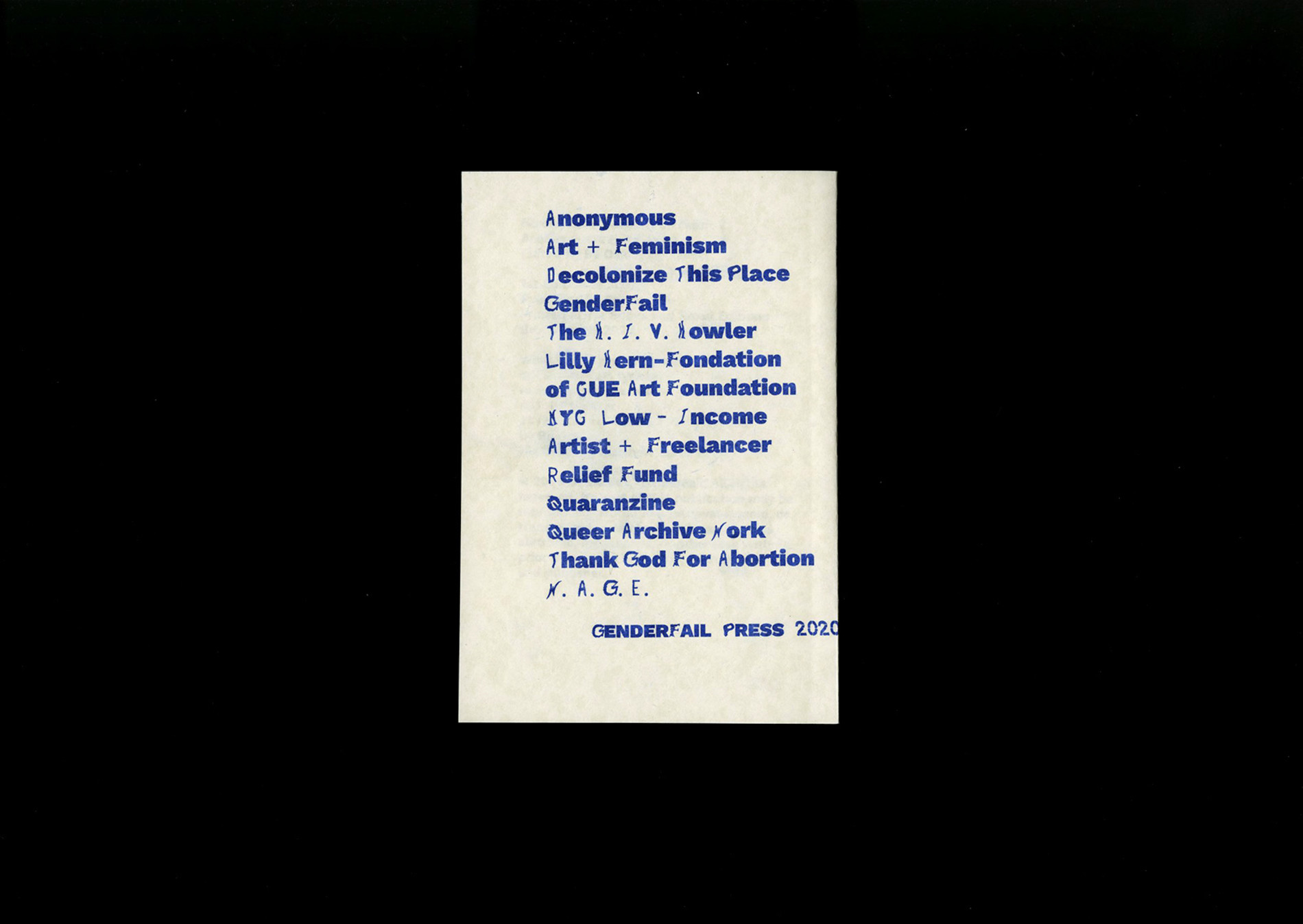 Genderfail Anthology Failure 2: Building on our Failed State
Edited by Be Oakley

In 2018, Genderfail released the first edition of an anthology on the creative potential of failure. GenderFail: An Anthology On Failure first sought out perspectives on the concept of failure from artists, activists, writers, and curators. Each participant was invited to contribute work on topics such as ableism, mental health, passing, whiteness, colonization, police brutality, and how moments of failure within these social systems can have potentially ambiguous benefits. The resulting anthology does not cohesively interpret the concept of failure, but hopefully incites a collective engagement with failure that is as messy as it is thought provoking.

In deciding to work on the 2nd volume of this anthology in January of 2019, I invited a group of institutions, collectives and communities to discuss the failures in each of their given fields. The contributors invited have organized to try and create something meaningful within the failure of dominant culture(s). Genderfail considers failure to be a catalyst from which non-dominant culture emerges; we seek to explore the failures that mark the beginnings of many radical institutions, collectives, and communities. Due to many reasons, including lack of funding, mental health and other factors, this publication has been delayed very many times. The draft for the essay has been written at various times during the last two years.