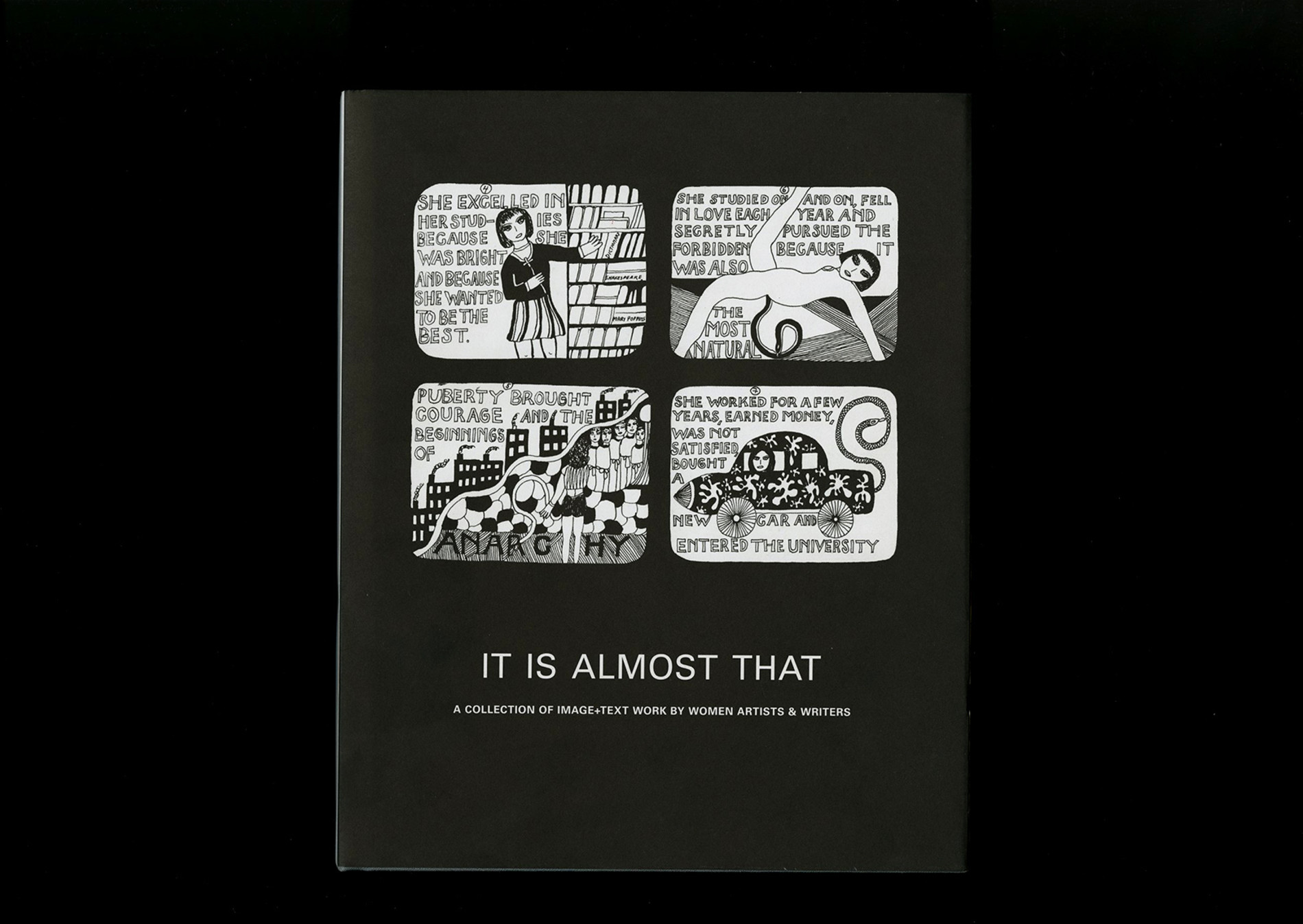 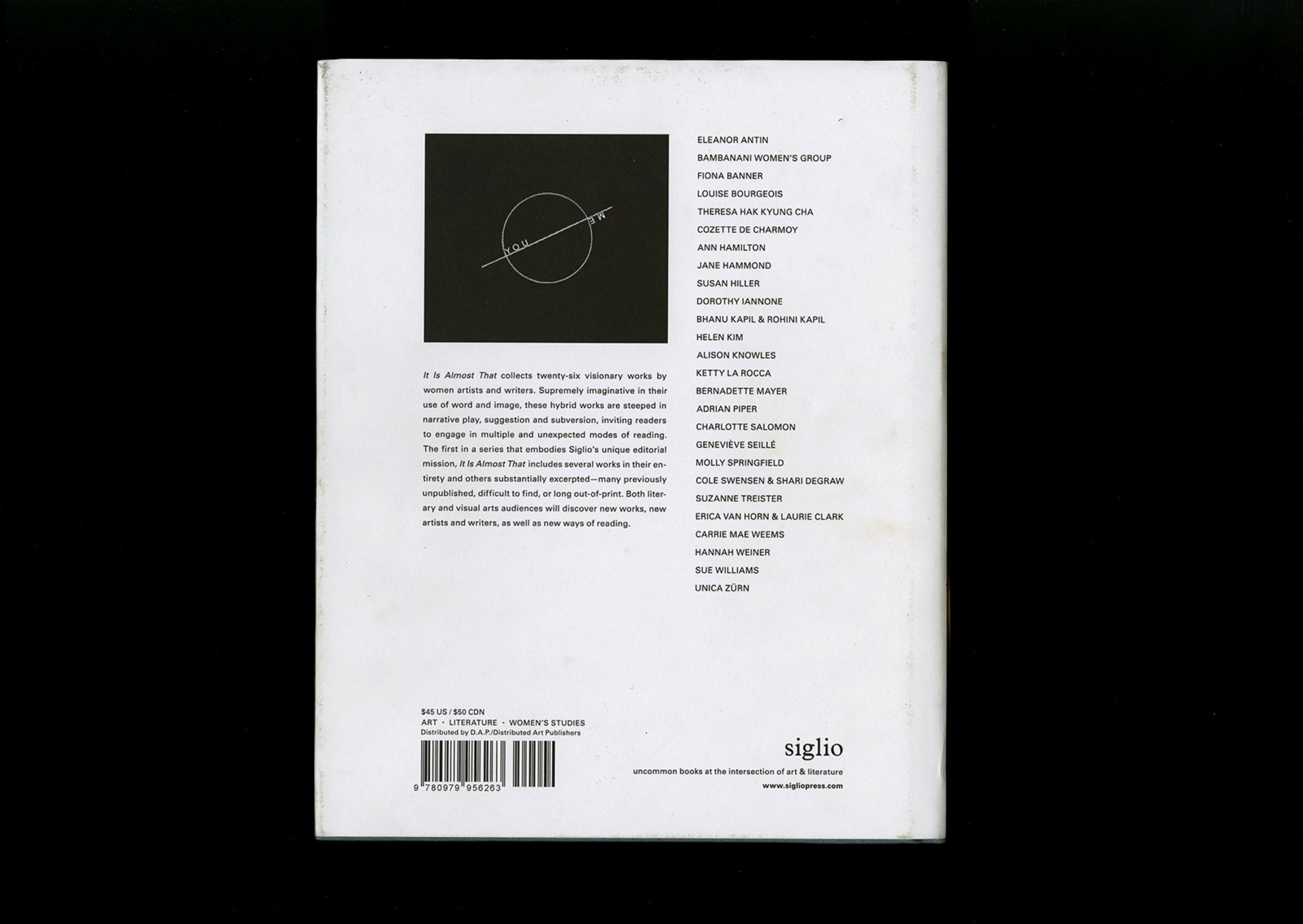 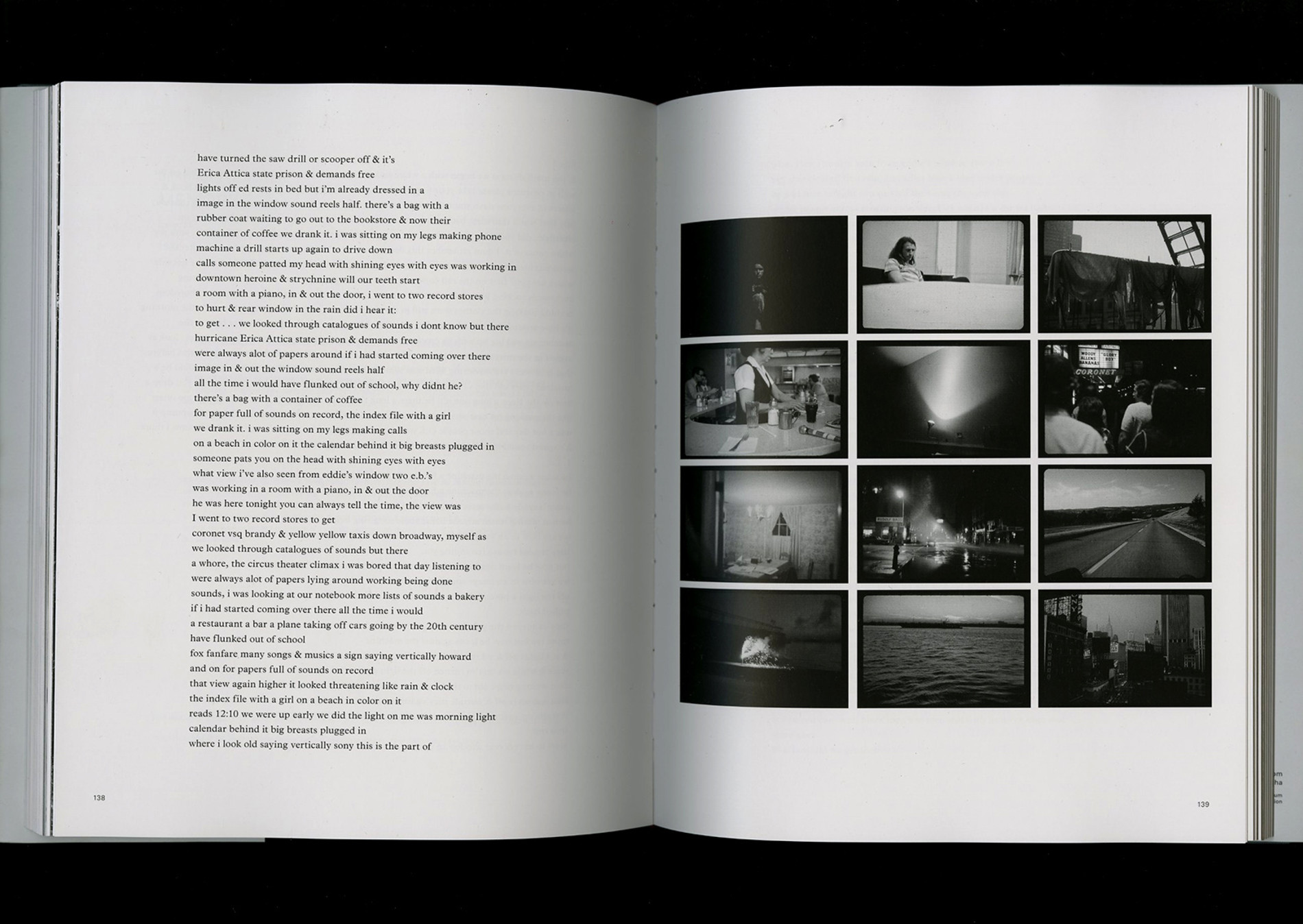 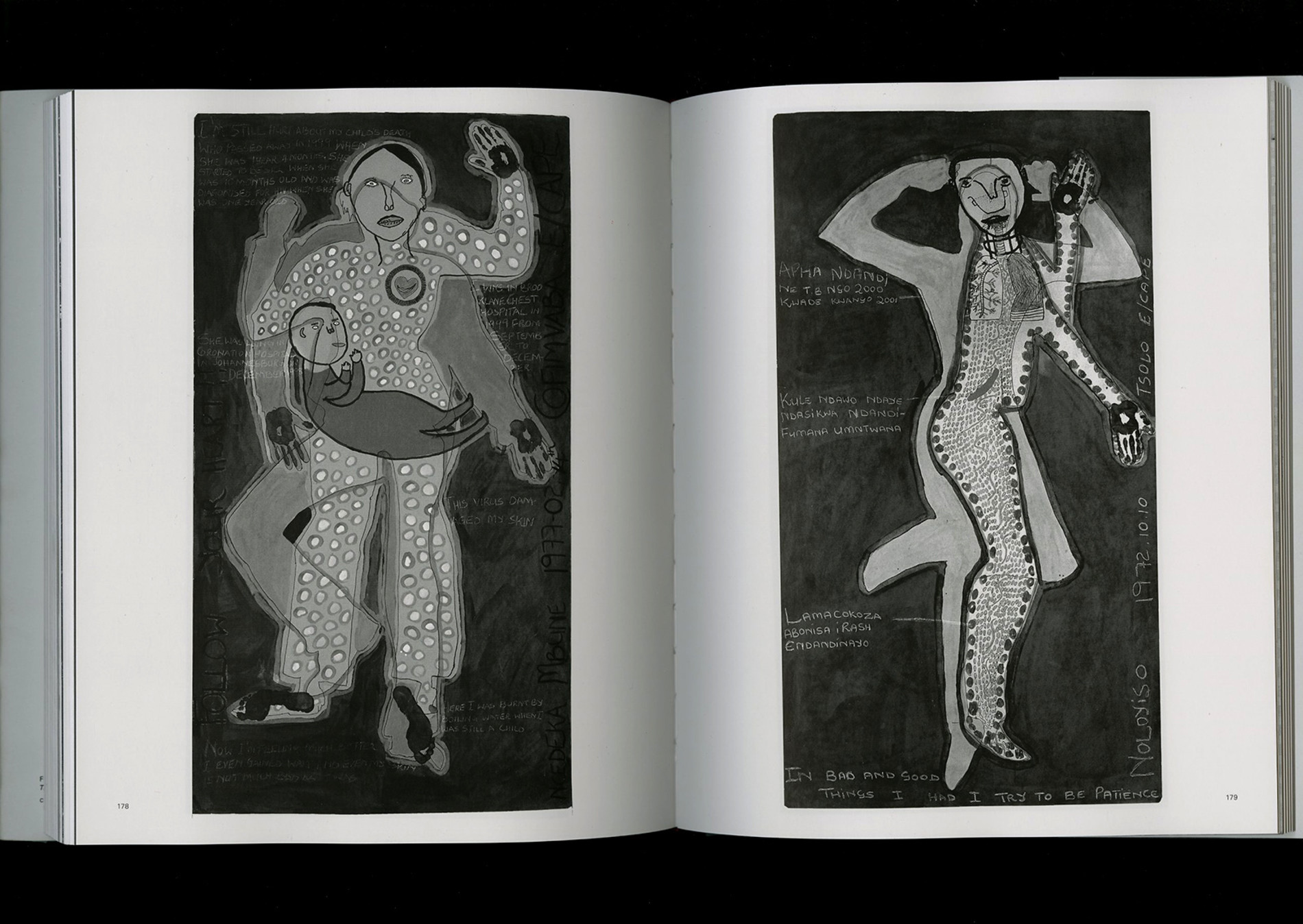 It Is Almost That collects twenty-six visionary image+text works by women artists and writers. Supremely imaginative in their use of word and image, these hybrid works are steeped in narrative play and subversion, inviting readers to engage in multiple modes of reading. It Is Almost That features substantial excerpts or the works in their entirety—many previously unpublished, difficult to find, or long out-of-print—by renown, little known, forgotten, and emerging artists.

The works include a painted autobiographical novel by a young artist who died in the Holocaust (Charlotte Salomon); the transformation of the front pages of newspapers into alchemical drawings (Suzanne Treister); a computer-generated chance operation that “imagines” houses and their inhabitants (Alison Knowles); the pseudo-scientific examination of mother-daughter conversations (Eleanor Antin); and drawings called “body maps,” inscribed with stories of HIV-positive South African women (Bambanani Women’s Group), among almost two dozen others.

Arranged as a constellation with various kinds of connective tissue, It Is Almost That eschews traditional categories in order to reorient the reader to see the works outside or beyond their recognizable affiliations. Both literary and art audiences will discover new works, new artists and writers, as well as new ways of reading.

Published by Siglio Press in 2011