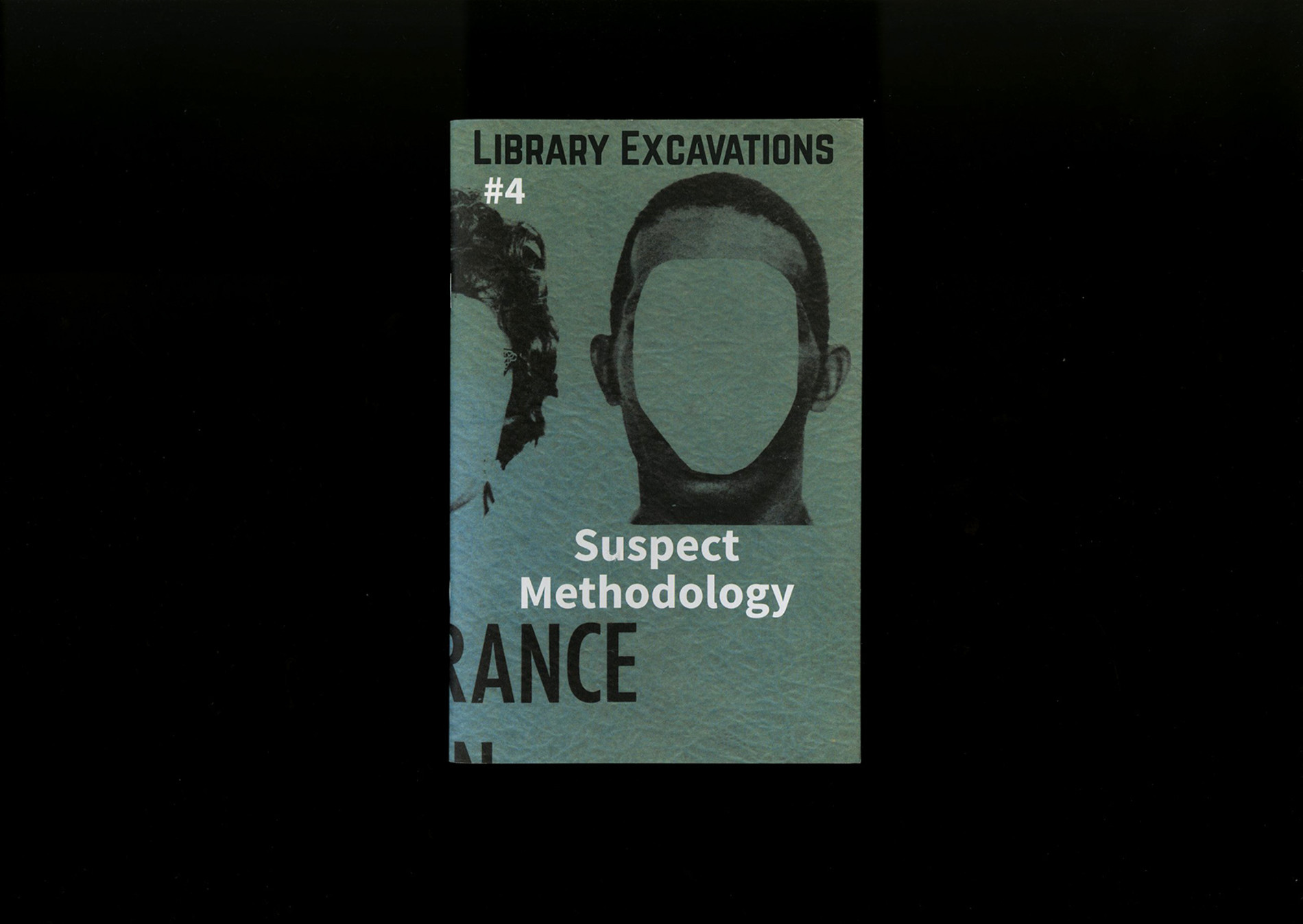 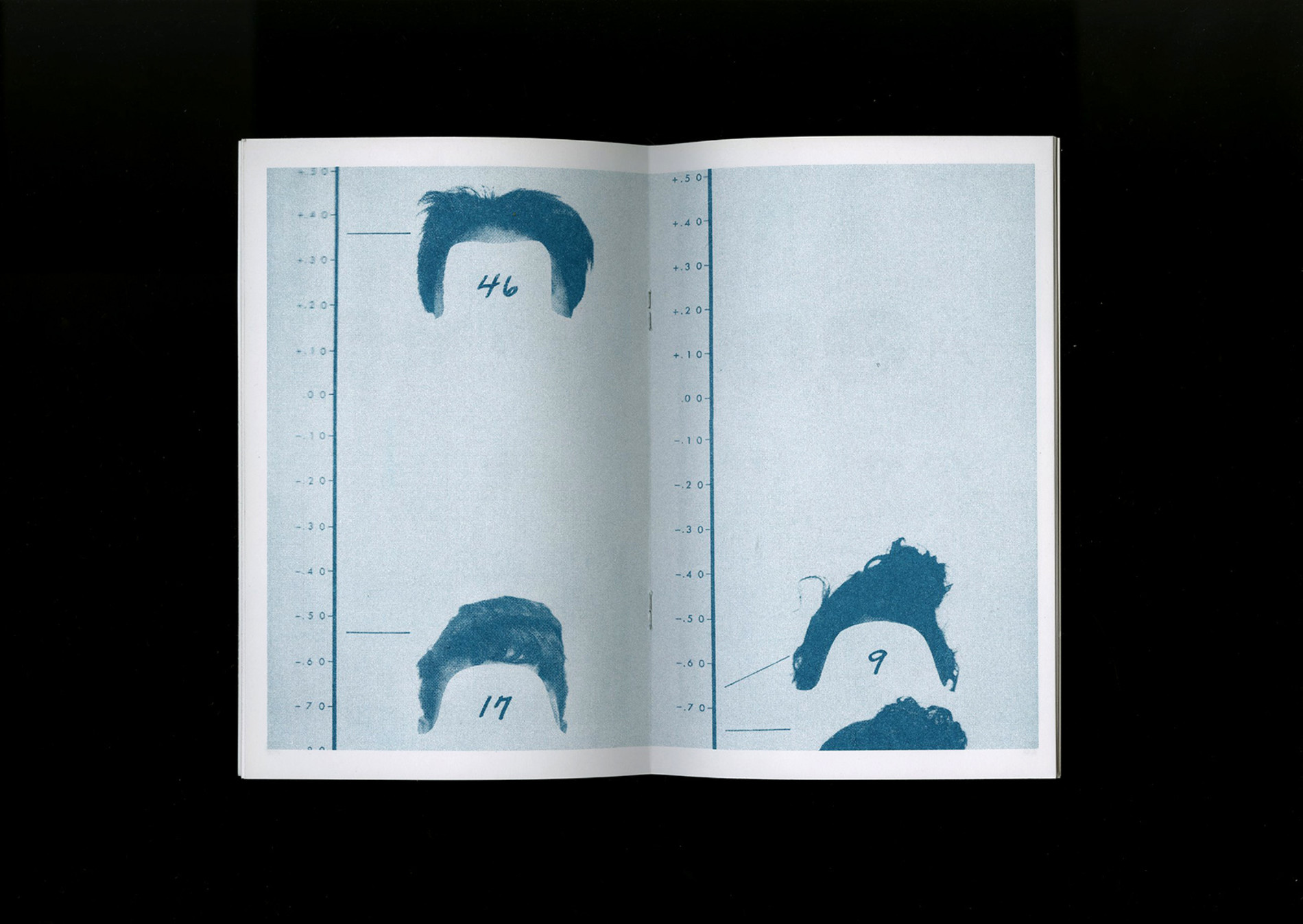 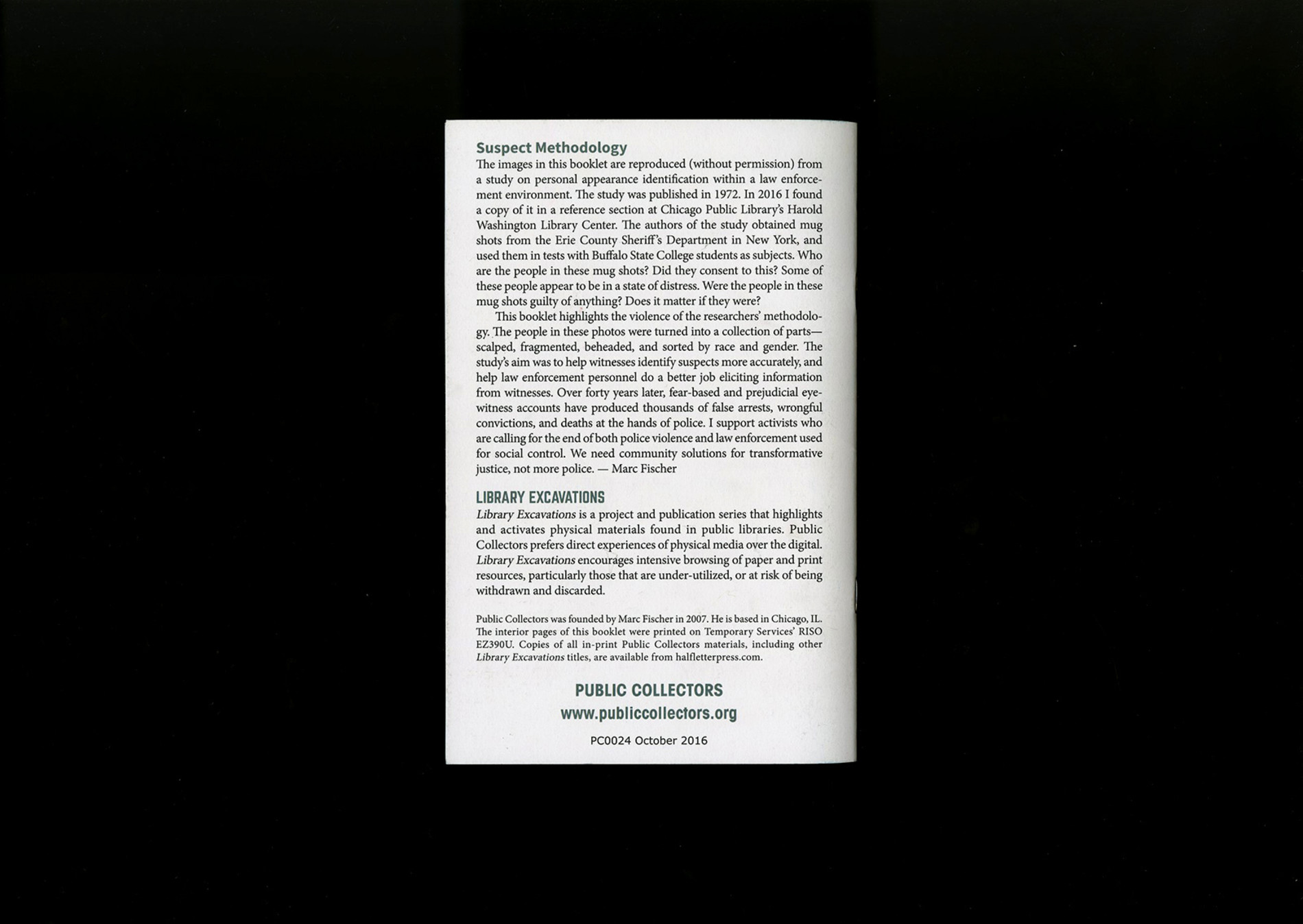 The images in this booklet are reproduced (without permission) from a study on personal appearance identification within a law enforcement environment. The study was published in 1972. In 2016 I found a copy of it in a reference section at Chicago Public Library’s Harold Washington Library Center. The authors of the study obtained mug shots from the Erie County Sheriff’s Department in New York, and used them in tests with Buffalo State College students as subjects. Who are the people in these mug shots? Did they consent to this? Some of these people appear to be in a state of distress. Were the people in these mug shots guilty of anything? Does it matter if they were?

This booklet highlights the violence of the researchers’ methodology. The people in these photos were turned into a collection of parts—scalped, fragmented, beheaded, and sorted by race and gender. The study’s aim was to help witnesses identify suspects more accurately, and help law enforcement personnel do a better job eliciting information from witnesses. Over forty years later, fear-based and prejudicial eyewitness accounts have produced thousands of false arrests, wrongful convictions, and deaths at the hands of police. I support activists who are calling for the end of both police violence and law enforcement used for social control. We need community solutions for transformative justice, not more police.

Library Excavations is a project and publication series that highlights and activates physical materials found in public libraries. Public Collectors prefers direct experiences of physical media over the digital. Library Excavations encourages intensive browsing of paper and print resources, particularly those that are under-utilized, or at risk of being withdrawn and discarded.

Published by Public Collectors in 2016