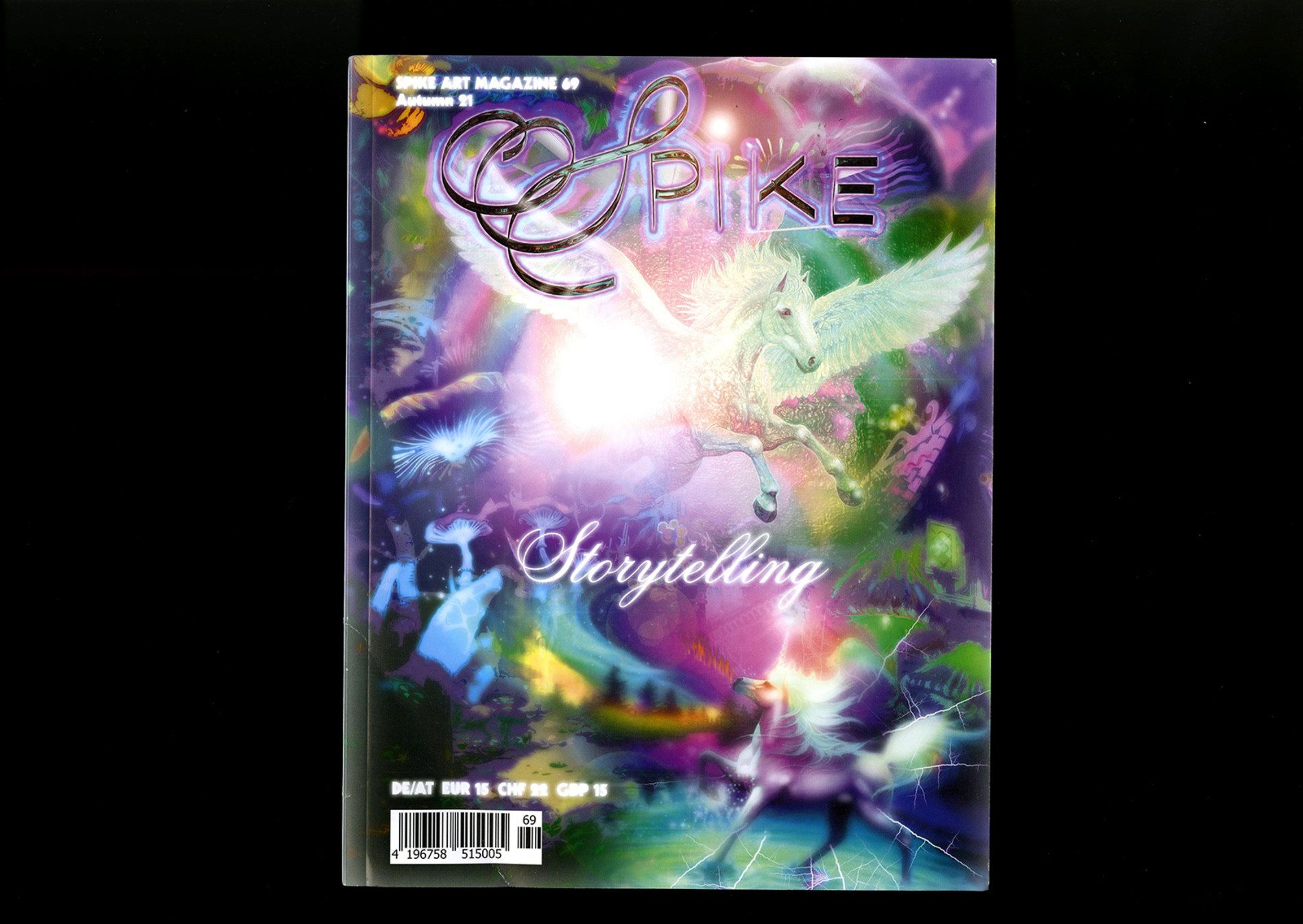 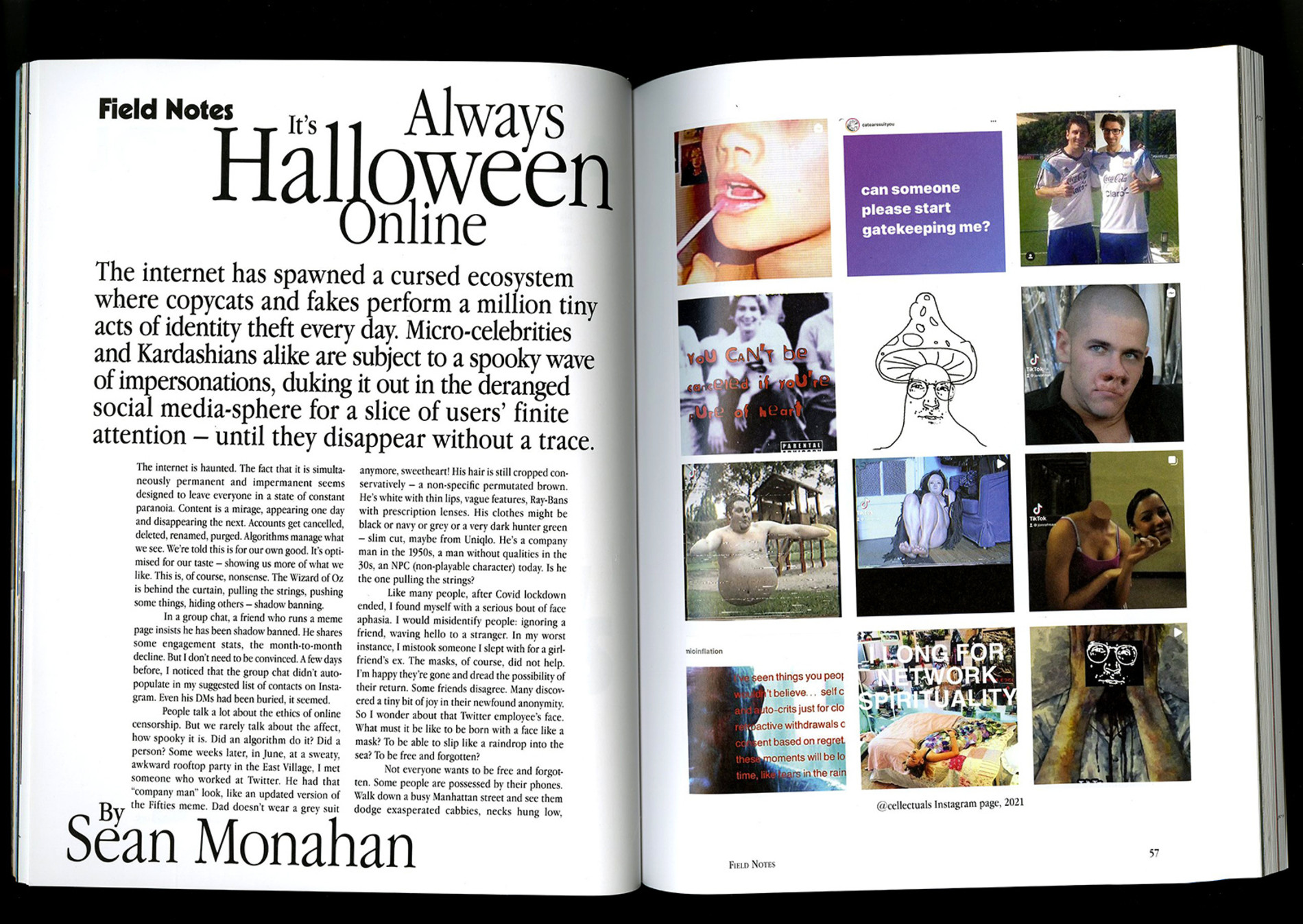 How do our parables and myths, fibs and fabulations create realities of their own design? The line between fact and fiction has been murky since long before “post-truth” got added to the dictionary. We’re not here to police that distinction — instead, we bust it open, untangling the politics and implications of crafting (and being crafted by) narrative. For Spike #69, we explore embellishment, auto-fiction, and all the anxiety and nonsense that lingers in between. Headless brands, philosophers reanimated in virtual reality, and social-media-savvy dogs feature among the cast of characters in this issue, disclosing the power plays and narrative networks that refashion — not just recount — the world. It’s not just hearsay.

Published by Spike Art Magazine in 2021