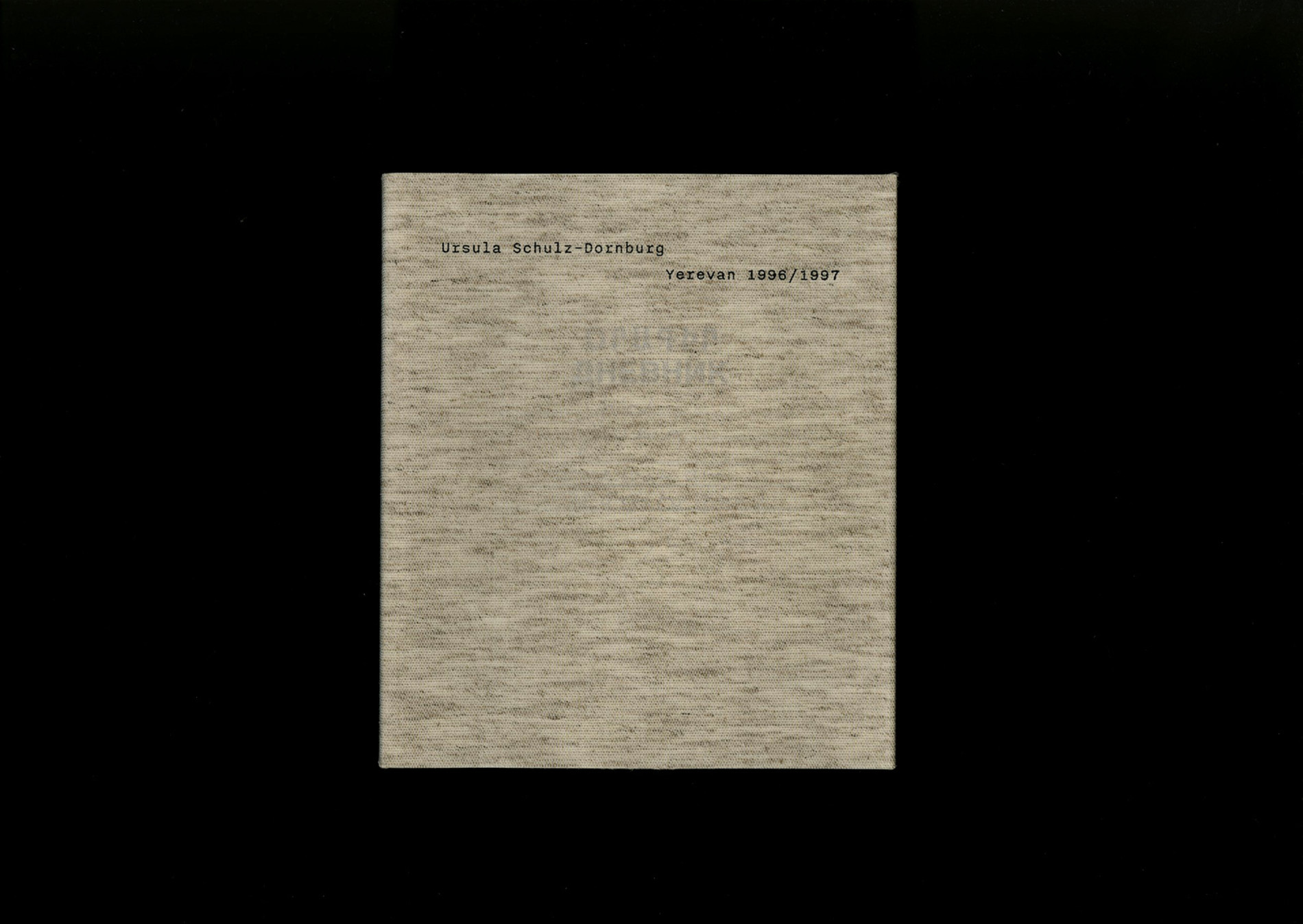 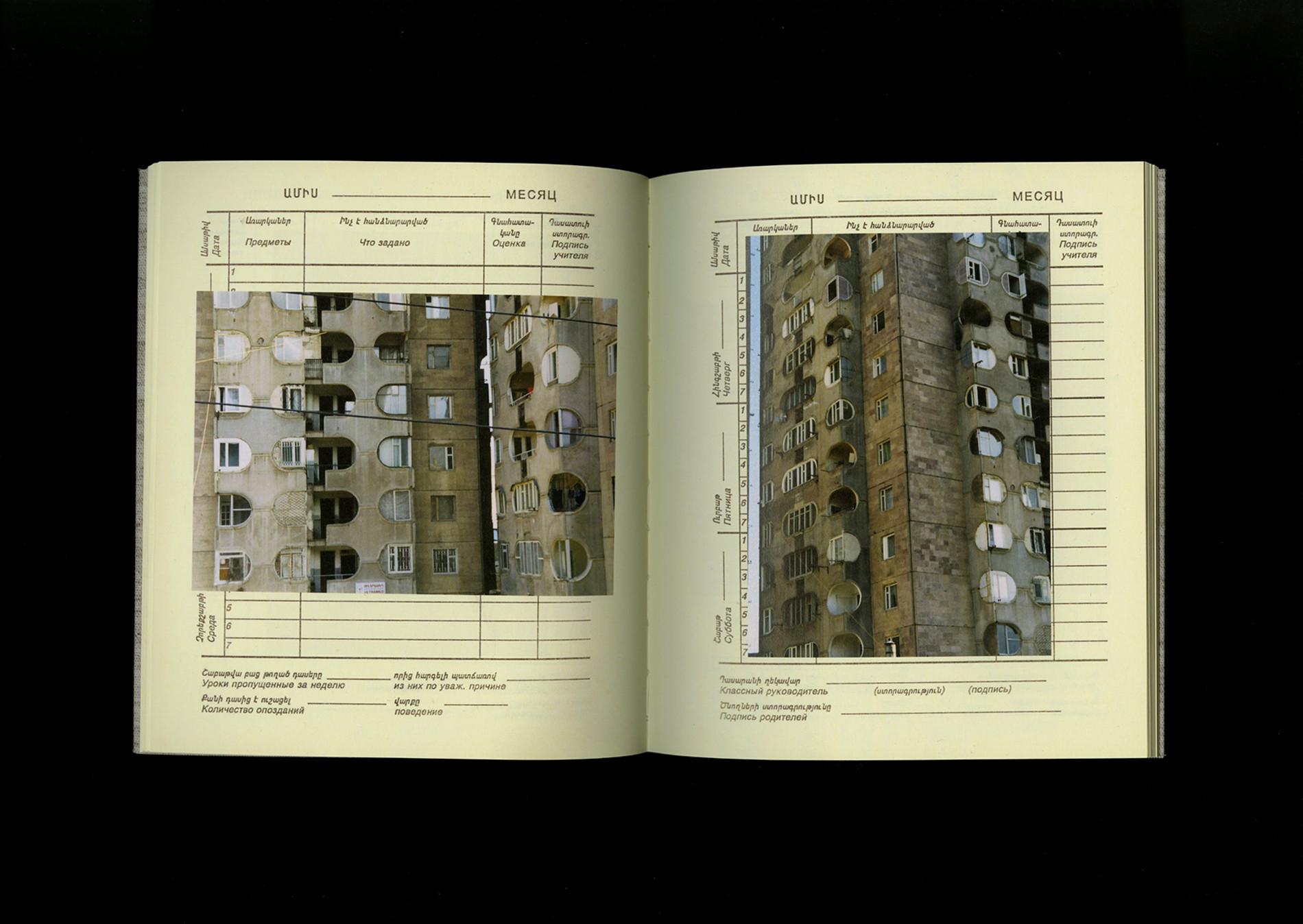 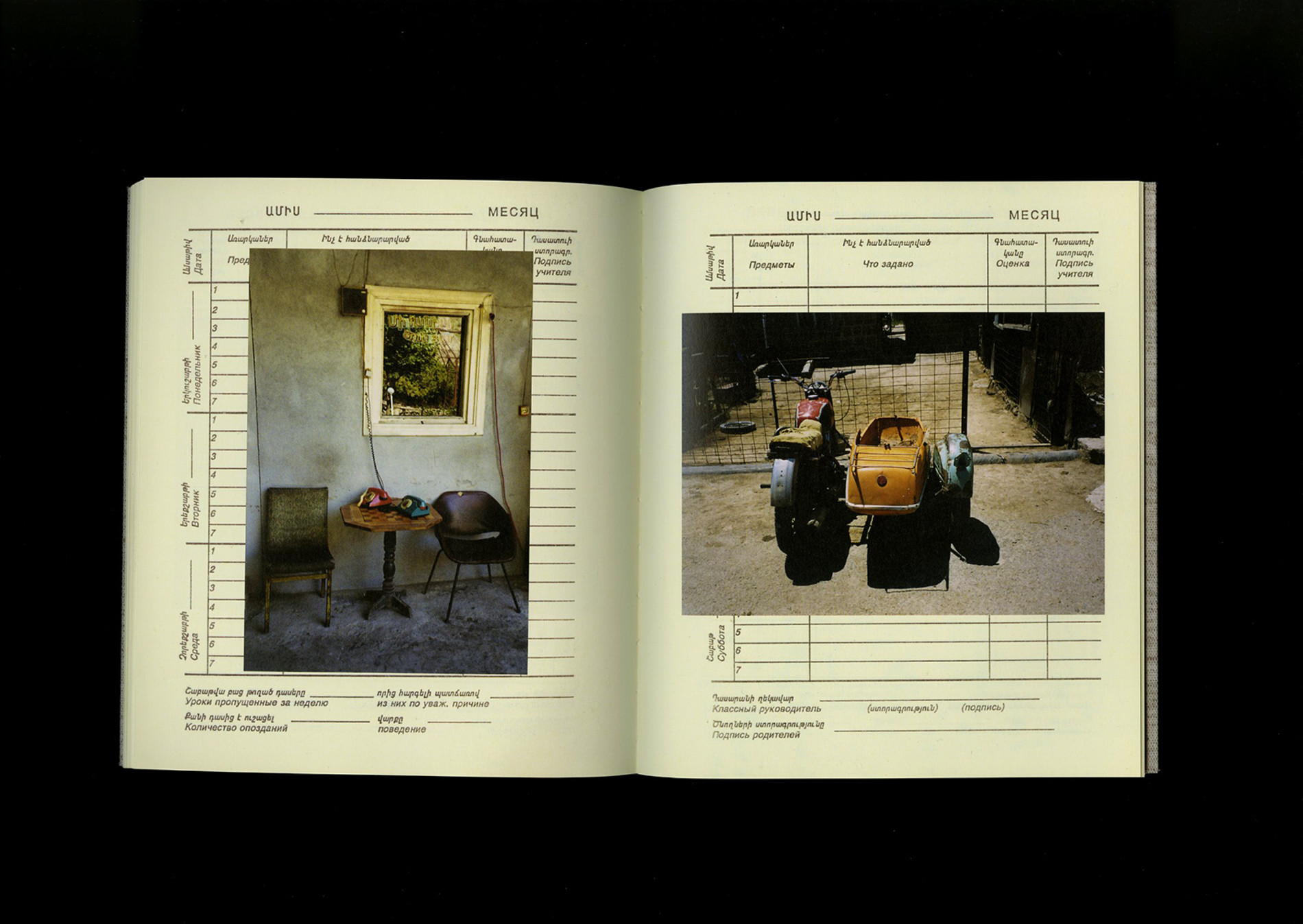 Throughout her prolific career, Ursula Schulz-Dornburg has led the way in documenting man-made environments on the cusp of change and transition. The sites she visited were often remote and difficult to access. In 1996 and 1997 she travelled to Armenia and with a small portable camera made visual notes of remnants of Soviet architecture during her walks through the capital city of Yerevan. She developed the films on her return to Germany and in 2001 she edited and compiled the prints into a traditional notebook used in Armenian schools which she had bought back from one of her trips. This hand-made sketchbook was then dedicated to her daughter, Julia, who was studying architecture at the time.

This publication is a facsimile of the original sketchbook, an artist’s book work embedded with the history of the cultural artefacts long-since disassembled and the actions of the artist in walking through time and space, documenting and compiling the material.

Published by Mack Books in 2019